Have a look at the first results for the numerical simulation of critical nozzle flow in OpenFOAM from MethyInfra work package 3!

The aim of the project is to ensure measurement traceability in the hydrogen distribution chain. Therefore, critical flow Venturi nozzles (CFVNs) will be established as standards for the use with high pressure gas. WP3 “Development of a CFD model in OpenFOAM for high pressure hydrogen flows” supports the project by providing numerical simulations of the flow through critical nozzles.

As a baseline model, the flow of air (modeled as ideal gas) through the critical nozzles according to the ISO 9300 standard has been considered. Fig. 1 illustrates a typical Mach number distribution in the cylindrical nozzle at a Reynolds number of 2.6⋅106. The shock structures are located inside of the divergent part of the nozzle, which holds true for all regarded flow cases since the constant back pressure ratio of 0.5 is mainly responsible for the position of the shock structures. A Mach number of 1 (critical condition) is already reached in the cylindrical part. Hence, the flow phenomena occurring in the divergent part have negligible influence on the upstream flow behavior.

Two different turbulence models, namely the k-ω SST model and the γ-ReΘ transitional model (denoted by “standard” and “transitional model” in the following), have been investigated. Fig. 2 shows a comparison of the simulation results for the two models with corresponding experimental data from primary standard flow measurements of a smooth and a rough ISO 9300 nozzle. The experiments have been previously carried out at the National Metrology Institutes PTB (Germany) and LNE (France). The diagram shows the discharge coefficient CD (which is defined as the ratio of actual to ideal mass flow rate) over Reynolds number Re.

These results will be presented by Sebastian Weiss at the FLOMEKO 2022 conference in Chongqing, China with the title “Numerical investigation of boundary layer effects within cylindrical critical flow Venturi nozzles”.

Figure 1: Mach number distribution in the cylindrical nozzle at a throat Reynolds number of 2.6⋅106 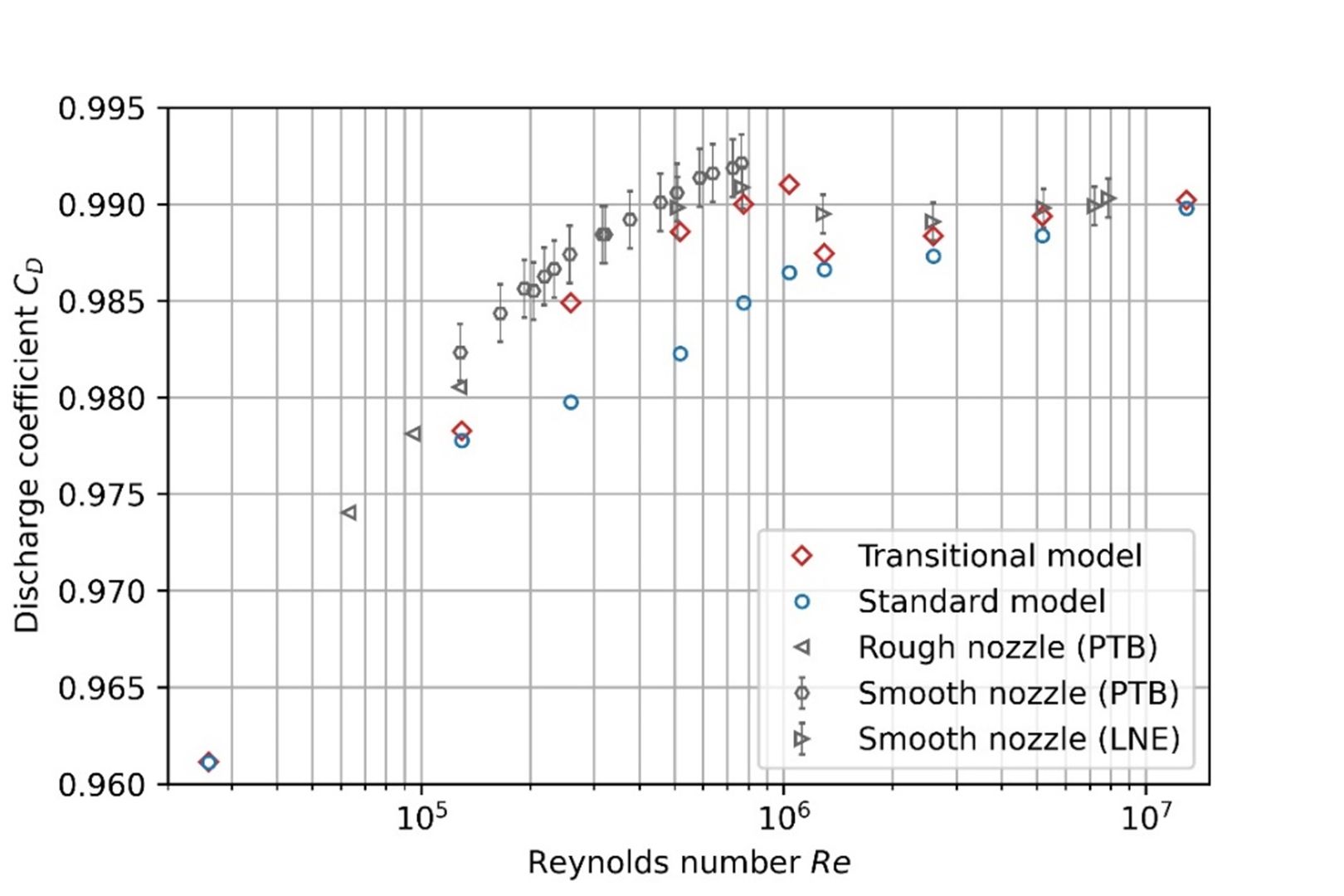 Figure 2: Discharge coefficients of the numerical simulation of the cylindrical CFVN for different Reynolds numbers compared with experimental data.